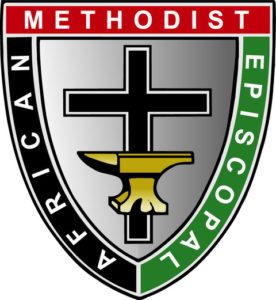 Serving the Lord Since 1858

New Bethel Church of Germantown (which was formally known as Center Street Church) was birthed in 1858 by inspirational, innovative, and imaginative leaders living in the Germantown community. Hearing God’s call, they organized the congregation at the home of the late Amanda Montier and Ann Hilton on 302 Rittenhouse Street (which was known as Center Street). With an innovative spirit, worship services were held in their homes until God struck the trustees’ and faithful disciples’ imagination to move forward with faith. With faith, Bethel moved forward to search for a property to purchase and build their church. In 1859, Bethel, the only African American pre-Civil War church in Germantown, was erected at East Rittenhouse and Morton Street.

The congregation, realizing that the church exists to serve the community, opened its doors in 1874 to Joseph E. Hill to provide space for the Hill School classes. The Hill School was established that year for the formal education of Black students. Bethel also shared its space with Janes United Methodist Church for their church services until the completion of Janes’ new church structure in Germantown.

The congregation worshipped and served its community there until it moved to its current location at 6153 Germantown Avenue.

In 1958, the faithful congregation-again moving forward with faith-purchased its current location: a former movie theater. The purchase of such a building showed the congregation was radical and creative in their thinking about how and where the people of God could worship: where churches traditionally had pews to sit in, Bethel’s new sanctuary offered movie seats and plenty of them. Rev. James K. Baldwin had a vision for a greater Bethel, one that could fill a theater to praise and worship God. This vision was realized on Sunday, June 17, 1962. Members walked from Rittenhouse Street to the new location and special services were held that day for laying the cornerstone. Bethel’s name was officially changed to ‘New Bethel’ in 1979.

Over the years, the congregation grew and over 300 souls worshipped there regularly. New additions were made to the physical structure: the Chapel and the Bell Tower were added, the altar was enlarged, and the choir loft extended. Two vans, a Hammond organ, and Grand Piano were purchased. The property at 6149 Germantown Avenue was purchased. The $80,000 mortgage on the church was burned. The renovation of the kitchen and dining room was completed as was the elevator project, and many improvements were made to the sanctuary.

New Bethel moved forward with faith growing and serving the community under the visionary and dynamic leadership of Reverends Carl D. Ogden, Willie G. Williams, Maurice Hughes and Khalil James. New ministries were organized to encourage younger members to take leadership roles in the church so that it would survive as a place for future generations to worship and serve. The Mass Choir, the Voices of Praise and New Directions were organized to support that vision. The faithful continued to minister to the community. Programs such as the after-school child care, Saturday science, math, and SAT classes were held. New observances included the combined Good Friday service and the annual Unity Day celebration. The Wednesday Soup Kitchen started operation, as well as the revival of activities such as the bi-weekly Food Bank and Clothing Giveaway. The Thanksgiving Day luncheon and Christmas Toy Giveaway/Luncheon were held. The Youth Praise Dancers began performing at New Bethel and also in the community.  In 2015, New Bethel celebrated its 157th Church Anniversary under the leadership of Rev. Allan R. Robinson. This enthusiastic and visionary man of God was sent to pastor his disciples at a critical juncture in the life of this church. 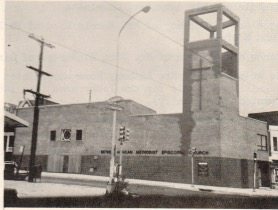 Throughout our history, we have faced obstacles and God has always shown us the way. Jesus told Peter that the Church will never die: “And I also say to you that you are Peter and on this rock, I will build my church, and the forces of Hades will not overpower it.” Biblically, New Bethel is where Jesus found the stone and historically, New Bethel is the place that has always been a haven for the people as they sought a better life. With such significance and purpose in our name and the rich legacy of our past, we are moving forward with faith, knowing that we will experience the rebirth that is needed for our church and the community that we serve. Our energetic and spirited pastor has provided clarity and transparency for the road we must now travel and has blessed us with his teaching. Moving Forward With Faith with the help of God, New Bethel will experience the rebirth it needs to continue to serve the community and spread the Gospel of Jesus Christ.

JOIN US IN WORSHIPING OUR LORD JESUS CHRIST

Unite with passionate disciples and encounter God this Sunday.